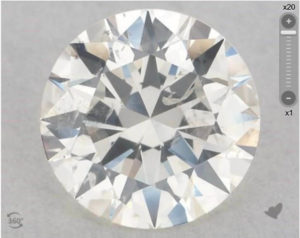 There’s nothing like cloudiness to destroy the brilliance of a diamond ring. When choosing an engagement ring, you would not want a cloudy diamond that appears milky. Most people look for a bright eye-clean diamond with lots of sparkles.

In this article, we’re going to discuss the 3 most common reasons for diamonds looking milky and how you can make sure that you don’t buy a cloudy diamond.

What would cause a diamond to appear cloudy or milky?

The three most common causes of cloudy looking diamonds:

A diamond with strong fluorescence can appear chalky. The stronger the fluorescence, the chalkier it can look. It isn’t often that a diamond’s fluorescence affects its appearance. But if its fluorescence rating is strong or very strong the diamond can actually look oily. This is due to the stone’s chemical makeup and how it reflects light.

James Allen and Blue Nile offer 360° videos and also a Super Zoom function that lets you take a close look at each diamond.

In my experience, this typically results in a colorless diamond (D-F), which I’ve written about here. When a diamond’s fluorescence negatively affects the stone, it’s quite obvious to the naked eye. Meaning: If you view a diamond in person you can tell the difference.

The above high-quality diamond on the left is of the best possible color and clarity: D color and VVS2 clarity. The inclusions are mere “pinpoints.” However, it has little or no transparency due to its strong blue fluorescence.

But before you disparage diamonds because they have fluorescence, I want you to know that I actually adore blue fluorescence. In my opinion, it’s kind of a cool feature.

The truth is that there is nothing wrong with buying a diamond with fluorescence. You would just want to examine it carefully and get all the details before handing over your credit card.

If there actually are some issues, they would be apparent in videos and your untrained eye could easily see them. So, when you spot a cloudy diamond, don’t give it a second thought. Just move on no matter how much of a bargain it might seem. 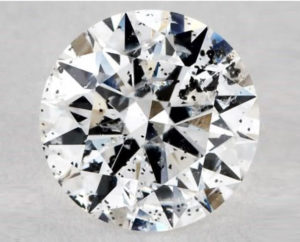 Inclusions are naturally formed within the stone. If they are in one spot grouped together or in a cloud, it will look milky in those areas.

What the inclusion does is prevent light from entering the diamond and bouncing back, which is what makes a diamond sparkle. In this case, there would be little or no brilliance, so you would have a cloudy diamond.

The more inclusions in the diamond, the lower the clarity grade and the foggier it will be in those areas.

When a diamond is not cleaned properly or not cleaned often enough, dirt and grime build-up. It only makes sense that this would cause it to look cloudy. Jewelers have customers coming in all the time complaining that their diamond doesn’t have any sparkle left, as if its battery needed to be replaced!

The jeweler can see that the diamond hasn’t been kept clean. There are dirt and grime stuck in the setting under the stone and it’s gross! In this case, the jeweler can tell you how to properly clean your diamond and then you can keep it clean.

How to Be a Smart Shopper and Avoid Buying Cloudy Diamonds 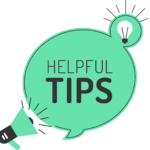 People purchase cloudy diamonds for basically three reasons: they have a “cheap” mindset, they’re in a rush and they’re uninformed.

From the stories I’ve heard, people unknowingly buy cloudy diamonds because they found a really good deal. They bought an SI/I diamond at a great price that seemed pretty flawless. Worse yet, some bought an SI diamond sight unseen, except for the grading report.

The truth is that there are reasons why jewelers offer some diamonds at outrageously low prices. If all you’re focused on is price, you’ll likely end up with a substandard stone!

So, how can you avoid being tricked into buying a seriously cloudy diamond with no sparkle? 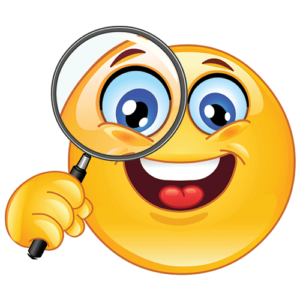 Well, the secret is by having access to enhanced visual data from scope images and magnified videos.

I want to emphasize that there is nothing wrong with buying a diamond with some inclusions. An eye clean SI1 diamond will give you plenty of value for the price, as long as the inclusions aren’t a problem.

It is vital that you closely inspect any diamonds you’re considering with clarity grades of SI1 or SI2. You can do this with magnifying videos or other tangible information. If you shop at vendors like James Allen or Blue Nile, you can examine them with 360° HD videos. This way you can know what you’re getting.

If all you’re seeing is the grading report, it just isn’t enough. It will inform you of the stone’s inclusions but there’s nothing that reveals how the diamond appears in person. That’s why it’s so important that you shop at James Allen and Blue Nile. 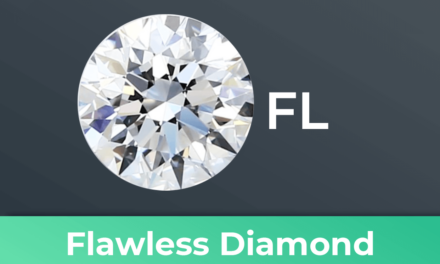 Flawless Diamonds – Should You Buy One And If Yes How? 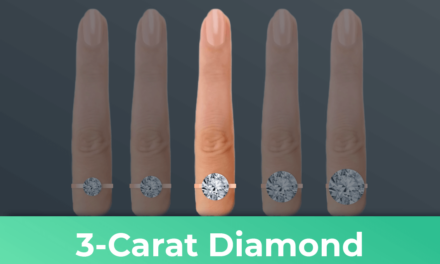 3 Carat Diamond | All You Need To Know 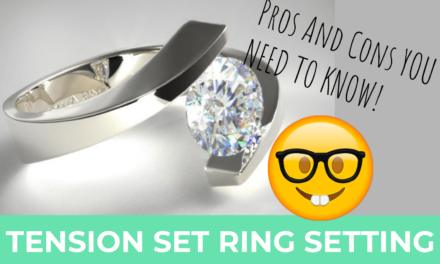 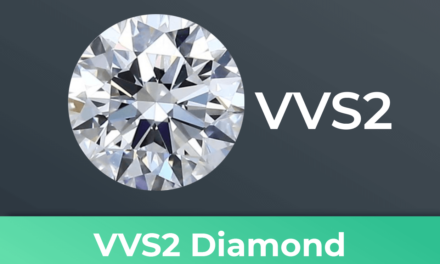 All You Need to Know About VVS2 Diamonds