We all have a birthstone and most of us know ours from a very young age. Each month has its own birthstone and the month you were born determines your birthstone. But what makes this interesting is that every birthstone signifies something special. So, there’s much more to this than you probably thought.

Birthstones are the gems associated with each month of the year and each one has its own particular significance. When you ask someone what their birthstone is, they usually know it. It’s very common to see people wearing pieces of jewelry containing their birthstone. You see them in rings, bracelets, earrings, and necklaces. Aside from jewelry, you will see the colors associated with the gems themselves in other types of personalized gifts.

Legend has it that birthstones have special therapeutic powers. According to the myth, if you wear a gemstone in its assigned month, the gem’s healing powers increase. If you want to enjoy the full effect, you must own all twelve birthstones and every day of the month you must wear the gem associated with that month.

It is widely believed that the tradition of wearing birthstones came from a religious ceremonial garment called the Breastplate of Aaron. Twelve different gemstones are set in this garment to represent Israel’s twelve tribes, which were described for the first time in the Book of Exodus.

But history tells us that birthstones could go back much further. They may come from the twelve months of the year and the twelve zodiac signs. The legendary powers of birthstones likely began long ago with a tribal elder or shaman asking deities for blessings on the birth of a child.

Since ancient times, birthstones have been a part of our social fabric. Many believe they symbolize good health and fortune.

Below is a list of the 12 months of the year with their assigned birthstone(s):

The birthstone for January is garnet. Most people picture garnets as being deep red, but they actually come in a variety of colors. Deep red is its most popular color and where the stone’s name comes from. The word “granatum” means “seed” in Latin, and since red garnets resemble pomegranate seeds, the gem was named garnet.

People born in February have amethyst as their birthstone. Historically, the stone has been a symbol of royalty due to its purple color. But amethysts can be found in many different colors and in many parts of the world. In reality, this quartz stone symbolizes different things to different cultures, going back to ancient Romans and Greeks to modern Russia. But if you have a February birthday, who can blame you for feeling like royalty when wearing your birthstone?

March’s birthstone is aquamarine. The name is derived from the word “aqua” as this beautiful blue colored gem is given credit for protecting sailors out on the seas. Aquamarines come from the beryl mineral, which is quite durable with a 7.5 on the Mohs hardness scale. Aquamarines look stunning in any type of jewelry.

Those born in April are incredibly blessed to have diamond as their birthstone because it truly is one of the most beautiful gems. Diamonds are associated with engagement rings since this is what many women expect when they get engaged. They are also so hard that they are nearly indestructible, hence the phrase, “diamonds are forever,” a reference to marriage.

May’s birthstone is the emerald, which signifies intelligence, growth and youth. Emeralds are a rich green color and the name comes from “smargados,” the Greek word for green stone. These gorgeous gems can be seen in some of the most beautiful jewelry, even royal crowns. Emeralds are more valuable than many other stones, not only due to their beauty, but they’re also quite rare. Emeralds are known for bringing joy, which is nice to know if this is your birthstone.

People born in June are blessed with two birthstones, alexandrite and pearl, both of which are incredibly unique. What makes alexandrite unique is its rarity, and that it changes colors. In daylight it’s green but in artificial light it becomes reddish-purple. Pearls are also quite rare and unique because they are the only gem created in nature by a living being.

Ruby is the birthstone for the month of July. Of all the red colored gems, rubies are the most famous and the second hardest natural gem, after diamonds. Rubies come from the corundum mineral and their durability makes them suitable for daily wear. And it doesn’t hurt that the deep vibrant red color goes well with any outfit.

Peridot, which is the birthstone of those born in August, has historically been thought to have special powers of healing and of banishing nightmares. Peridot is formed deep inside the earth and most commonly brought to the surface by volcanic eruptions. You most often see this gem in a lime green color worn as beads in bracelets and necklaces.

September’s birthstone is sapphire, which according to legend has been protecting romantic lovers from harm over the centuries. Sapphires are found in various colors, but it’s best known for is bluish-violet color. Like the ruby, this is another gem from the corundum mineral, which makes it just as hard. Sapphires make the perfect gift for a September birthday.

October is another month with multiple birthstones, opal and tourmaline. Both are extremely beautiful, although untraditional. Tourmalines are most often seen in pink, but they come in many more colors. In fact, some are tri-colored with 3 different colors in one stone.

Citrine and topaz stones look very much alike and are often confused for the other. These are both November birthstones. Topaz has undertones of orangish-pink and has long been considered one of the most beautiful gemstones. Citrine is known for its healing powers due to the energy and warmth of its orange color.

December is the only month with 3 birthstones: tanzanite, blue zircon and turquoise. These gemstones are known for their various shades of blue. Each has its own unique characteristics and form, allowing them all to make a fashion statement wherever they’re worn anywhere in the world. 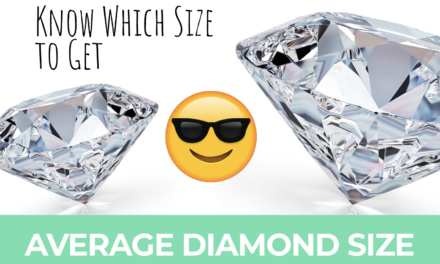 Average Diamond Size When It Comes to Engagement Rings 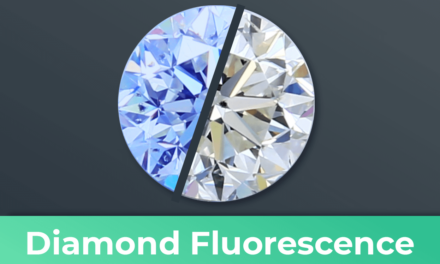 How to Use Diamond Fluorescence to Your Advantage 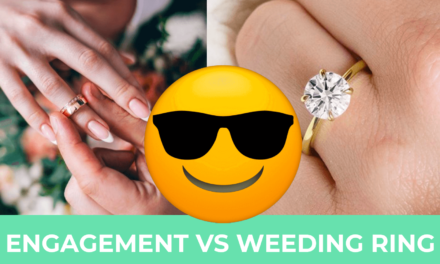 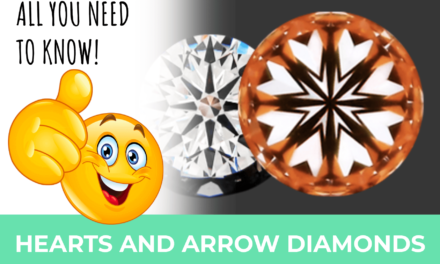 Hearts & Arrow Diamonds – All You Need To Know Before Buying